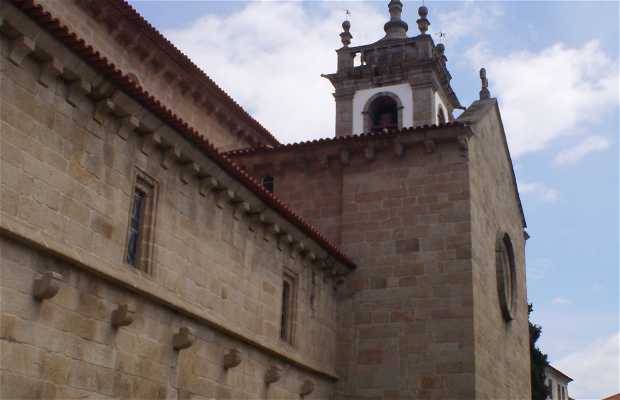 The old church of Santo Domingo is now the Se Cathedral in the Portuguese town of Vila Real. It's located in the city centre in the Avenue Carvalho Araujo gardens, right next to the Conservatory of Music, a building that caught more of my attention than the Cathedral. The Sé Cathedral was built in the XV century by the religious Order of St. Dominic de Guimaraes. It has two distinct architectural influences, Romanesque and Gothic. In front you can see the images of St. Dominic and St. Francis of Assisi. Outside there is a tall stone cross. In 1837 there was a major fire that decimated much of the interior and the stained glass windows were redone during renovations in 2001-2005.