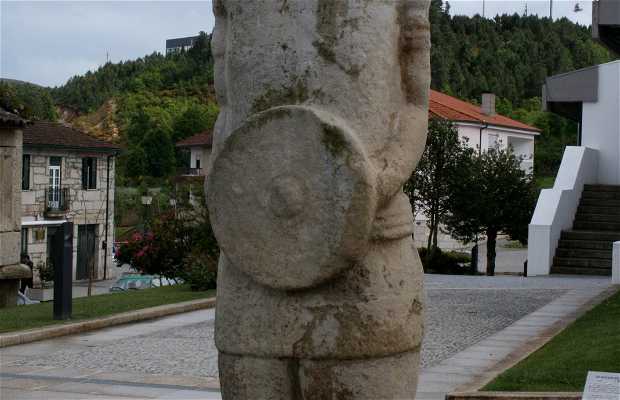 It's the oldest anthropomorphic sculpture of the Iberian Peninsula, though The Spanish in our typical self-centeredness, think that the Lady of Elche is the oldest. It was found during the excavations of Lesenho Castro in northern Portugal and moved to the National Museum of Archaeology in Lisbon. It has been guarding the door of the Portuguese institution ever since. In Boticas, people close to the fort where it was found installed a replica in the central square to remind the world that this contemporary warlord if Viriato was resident of the area for centuries. Its scalded down version presides in the A Botica do Lazer park,just a few meters outside the village of Boticas.