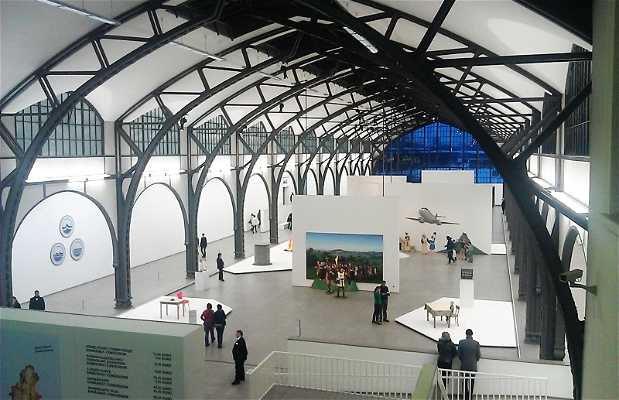 The museum is perfect if you want to see modern art as it's the largest modern art museum in Hamburg with works by Andy Warhol, Kandinsky, Picasso and Klee. Strange neon lights, works by Dan Flavin decorate the facade of this neo-Renaissance building that was formerly a railway station. The museum is very interesting and different from most in Berlin, it all depends on individual taste. While not as large or as spectacular as the Tate Modern in London or the Pompidou Centre in Paris its structure is very interesting and it has an extensive collection of photography in one of its wings. Up to 2011 it housed much of the prestigious Flick collection, with works by Sandro Chia, Keith Haring and Robert Rauschenberg.

One of the oldest train stations

Hamburger Bahnhof is one of the oldest railway stations in the city, which you can still reach by foot. Built in the mid-nineteenth century as the beginning of the railway line between Berlin and Hamburg. The station was badly damaged during World War II, and renewed in 1996 to re-open as a museum of contemporary art. You can see works by Beuys, Roy Lichtenstein, Andy Warhol ... And since 2004 there is an exhibition showcasing the Christian Flick Collection. It was an event that caused much criticism because Flick was one of the richest families in Germany, accused confiscating art from Jews during World War II.