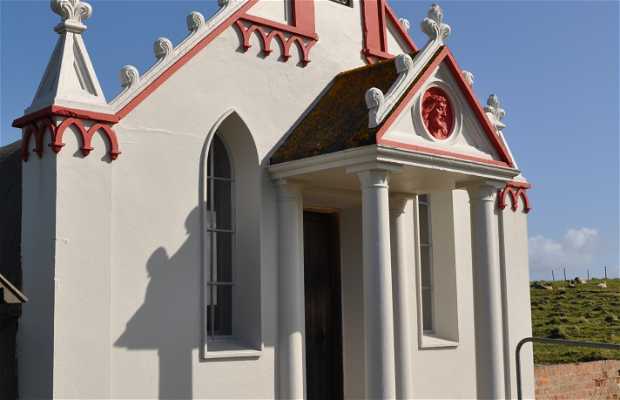 In 1942 during World War II, 550 Italian soldiers who had fought in Africa were captured and sent to Lamb Holme in Orkney. As prisoners they had to serve the communities of these islands. Uninhabited houses stood with the proviso that they were rebuilt. On a former school site, and led by Domenico Chiocchetti, the soldiers transformed the school into a Roman Catholic and Christian chapel, it has true Italian style, externally and internally. It's a tremendous job as the interiors are decorated with polychrome wooden panels that simulate various architectural elements. Not an inch of the interior undecorated.

Lists and places related to Italian Chapel on Lamb Holm