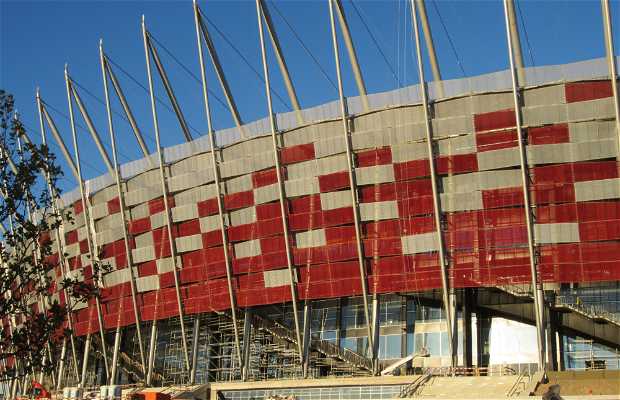 The Polish Super Bowl isn't as famous or important as the American one or anything, but now they have a much-touted, beautiful stadium. I had the chance to go to the final this year. It was the Gdynia Seahawks versus the Warsaw Eagles and it was held at the National Stadium, although it was kind of empty and didn't make a great impression on me, but I enjoyed the stage inside and a friend of mine explained the rules of football to me because I didn't really have any idea about it. The most expensive ticket was about € 10, so I think it was an interesting show! For those interested in the sport,

I have been here a few times in different situations. Every time it always surprises me how beautiful the stadium is. You can see it at the top of the palace of science and culture but much more impressive in person!

Ok when it comes to sports or...

Ok when it comes to sports or educational events but not really good for concerts.