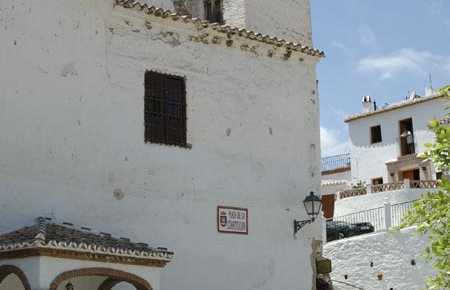 The Church of Our Lady of the Rosary is the most important monument in El Borge, and was built by the Catholic Monarchs in the early 16th century. It was constructed over the site of an ancient mosque. The builders constructed it as an adaptation of Gothic and Renaissance styles, and so it is one of the most interesting examples of religious architecture in the region. The sanctuary, located in the main nave (there are three) is covered with Mudejar work, while other elements are in the octagonal Baroque 18th century style, as is the outer tower, which has two octagonal bodies, beautifully topped with a glazed ceramic roof. The cover is typical Moorish brick. On its steps are tiles that tell the story of the curious people's tradition - ' the blunderbuss of El Borge' - a declaration of love.