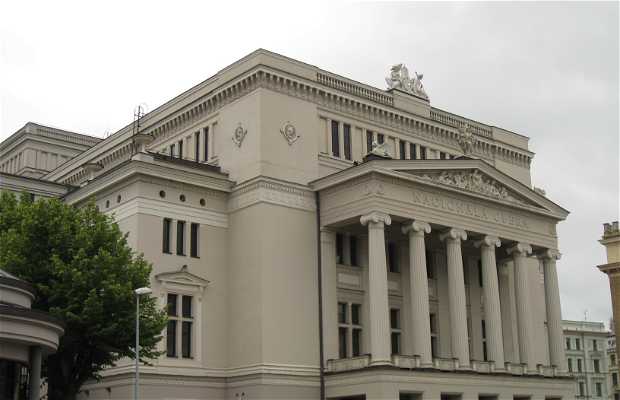 The tradition of opera in Latvia dates...

The tradition of opera in Latvia dates back to the eighteenth century, when the first music productions were staged in the Duchy of Courland. The city's German theatre, which offered drama, opera and ballet, opened in 1782. The official history of the Latvian Opera began in 1912, when the company was established in Riga by Jurjans Pāvuls. In 1918, the company returned to Riga, now known as Latvju Opera, and under the direction of Professor Jāzeps Vitols, the founder and longtime president of the Latvian Academy of Music. On January 23, 1919, the Latvian National Opera made its debut, with a performance of music by Wagner.

Just a building to be seen from the outside

I love the pics taken in this place. Beautiful view