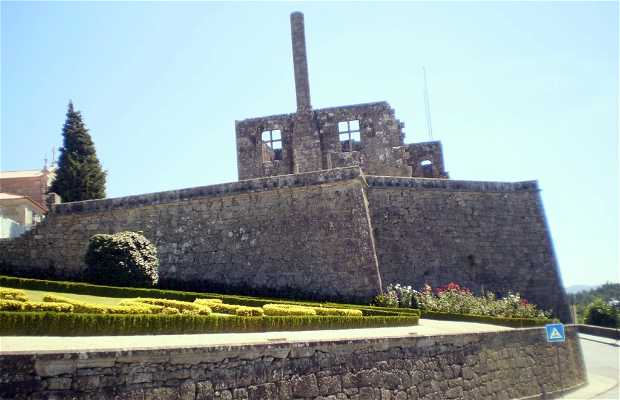 The Palace of the Counts of Barcelos (Paço dos Condes de Barcelos) is a characteristic image of Barcelos and it's the first thing you see when entering the city through the medieval bridge over the river Cávado. It's on a promontory, near the Cathedral and the Pillory, facing a landscaped area. It's a Gothic style medieval fortified palace, looks like a castle and was built in the fifteenth century by Don Afonso (bastard son of King Joao I, 1st Duke of Braganza and 8th Count of Barcelos). In the eighteenth century it fell into abandonment and is now in ruins - though some outer walls and a curious high chimney (it had another 4, symbolizing it being the home of the city's richest) are still standing.