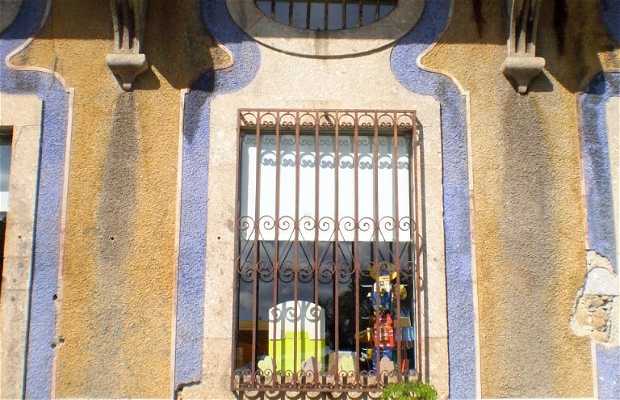 This house is classified as a Public Interest Property (IPP) and is in the central pedestrian area outside Central Avenue, next to the Church of the Banded and the University of Minho. It was built in the eighteenth century by the Rolão family (hence its name) for silk manufacture and was designed by architect André Soares, it originally had 2 floors then another was added. The most significant feature of its facade is the stone work around doors, especially the upper windows, with a sort of protruding pointed shell. The building is topped with a balustrade and vases at the corners. The house now