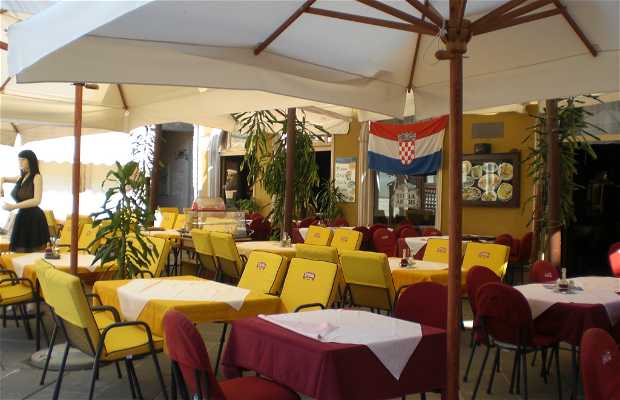 The center of ancient Pula

The central square of the ancient, medieval town of Pula lies at the foot of the hill near the sea on the west side of the city. Its construction dates all the way back to the first century, when this part of the Adriatic coast was conquered and developed by the Romans as a foothold on the way to even more distant lands. The Roman Forum was the seat of all the civic, religious, administrative, judicial and economic life of the city. In the north there were two temples, dedicated to Minerva and Juno. The remains of the Temple of Augustus were used later to build the town hall and municipal palace.