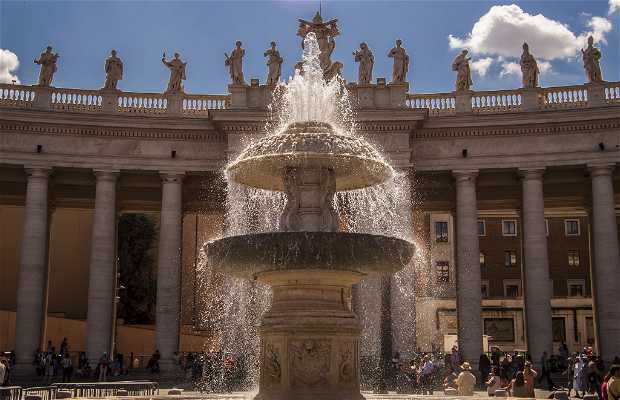 Despite the hundreds of times you've seen in on TV or in photos, you have to see it first-hand to truly appreciate the magnitude and grandeur of this quiet refuge from the chaos of Rome. The colonnades open up like huge arms welcoming pilgrims and visitors from all walks of life. In the center, the grand obelisk stands as a testament to all the Christians ve died in the Roman arenas, St. Peter among them. It also bore witness to the infamous attempt of Pope John Paul II’s life and the millions of tourists ve pass through each year.

The design of the square symbolizes the Pope with a crown and open arms, welcoming all of Christendom. Much has been written about the square but oddly little in reference to its geometry. The square has two sides and the columns for an ellipse: this is the magic of geometry. To draw an ellipse, you need two “hot points” and these are marked on the floor of the square as the central colonnades. If you stand anywhere in the square and look at the columns, you’ll see one after another as if they were a wall. Now, if you stand at the central colonnade and look at the columns, you’ll only see the first

The fountain in the middle is...