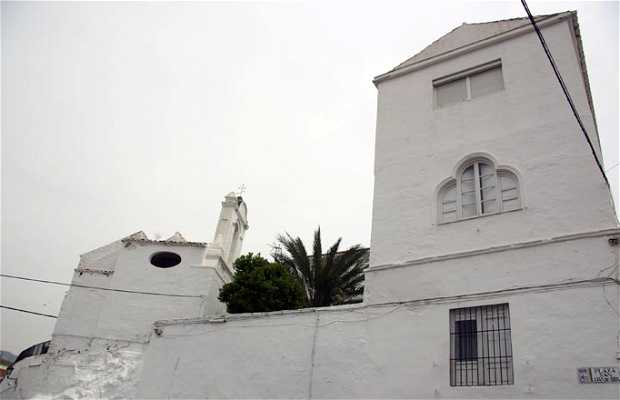 Hospital that now belongs to the city

In the Barrio del Pilar Velez-Malaga, is another one of the historical monuments of the city, the Hospital of St. John of God. Hospital San Juan de Dios, was constructed by order of the Catholic Kings after the conquest of the city.During the 19th century it was used as a hospital, and for almost a century, it was nursing home for nuns of the Order of Our Lady of Mount Carmel, but since 98, it has become dependent on the City. Inside is a lovely Mudejar style courtyard filled with pots of flowers, where I could see the sun some elderly people talking, who gave me permission to look inside. The