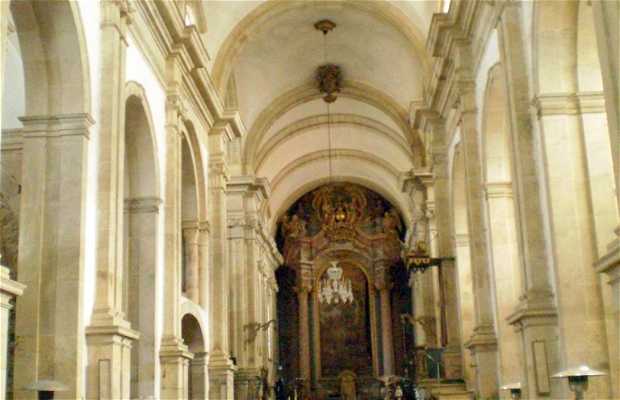 Oldest church of the Cistercian monastery

Salzedas parish church is the oldest church of the Cistercian monastery of Santa Maria. Although constructed in the early thirteenth century (Romanesque) the current appearance is the result of significant eighteenth century reforms (attributed to Maltese architect Carlos Gimac). There may be parts of the original construction on the walls and interior arches. The facade is new, but was never completed due to the Napoleonic invasion, and clearly shows the absence of bell towers - it seems to "missing something". The church has a cruciform plan, consisting of three aisles of five bays, cross, high choir and 5 staggered apsidal chapels.

Monastery that was once one of the richest and most powerful

The Monastery of Santa Maria, in the center square of the village of Salzedas, is classified as a National Monument and is of the so-called Route of the Cistercian Vineyards. It is a former Cistercian monastery constructed by Teresa Afonso (wife of Egas Moniz) in the mid-12th century on land that was donated by Afonso Henriques Lathe. It was one of the richest and most powerful monasteries in Portugal thanks to donations received by kings Sancho I, Afonso III, Pedro I, D. Manuel and other members of nobility. His dominions reached the fields, vineyards, orchards, and even other towns like Ucanha.

+6
See original
Like
Have you been here?
Add your opinion and photos and help other travelers discover

Lists and places related to Santa Maria of Salzedas Monastery