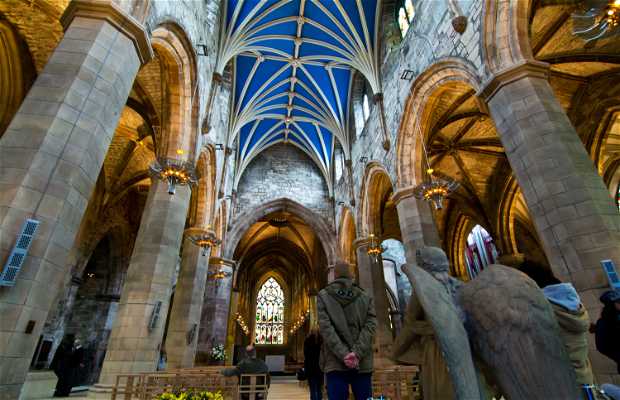 Emblem of the City

St Giles Cathedral is the former royal cathedral of Edinbourgh city in Scotland. It used to be used by the kings of the castle, which is only 500 meters from the cathedral. Also called High Kirk of Edinburgh. It is no longer a Cathedral like it was in the seventeenth century, but now it's more. It belongs to the Church of Scotland, and is still a religious emblem of the country, since it was built on such an ancient and sacred place. After five o-clock masses are held on Sunday, and rest during the week, you can visit the church, the entrance is free, but they charge two pounds if you want to take pictures.

I went there last summer

It was really suggestive and magical, I absolutely want to suggest it to you!