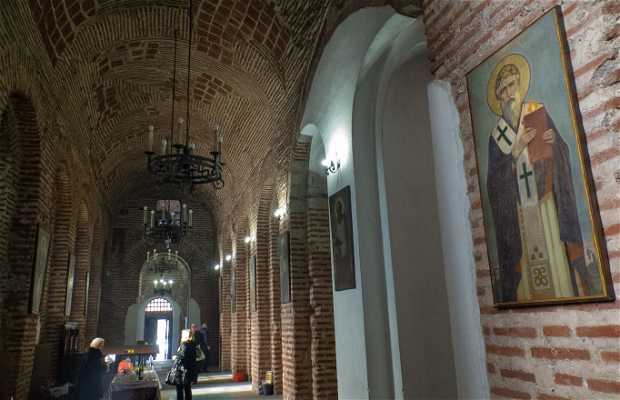 In front of the St. Alexander Nevski Cathedral stands the Hagia Sophia Church (Sveta Sofia), the oldest church in Sofia, and that which gives its name to the city. It is a building which at first glance does not overly inspire the visitor, as the numerous restorations it has undergone don't show its true age. It was built in the sixth century during the reign of the Roman Emperor Justinian. During the long Turkish rule it was used as a mosque, until the nineteenth century when an earthquake knocked down one of its towers and it was abandoned as a centre of Islamic worship. Restorations began in 1900, and it became an important symbol of independent Bulgaria.