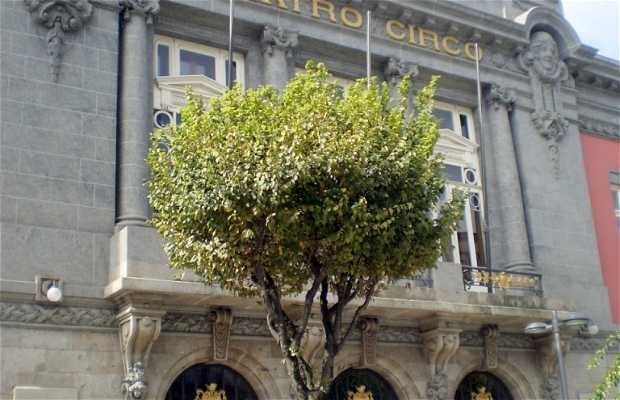 This theater is located in the central pedestrian area of Avenida da Liberdade. The building is notable for its monumental façade, mainly made of stone but has also has areas painted in a striking red. The theater was built in 1911 and is one of the largest and most beautiful theaters in Portugal, with a capacity of 1,500 people. As is the case for almost all theaters, there was a decline following the cinema revolution. However, in 1988 it was acquired by the City Council of Braga ve restored it and since late 2006 it has become the main cultural focus of the city and hosts all kinds of events and performing arts (theater, opera, ballet, concerts, conferences, exhibitions etc).You can call to arrange a guided tour inside the theater.