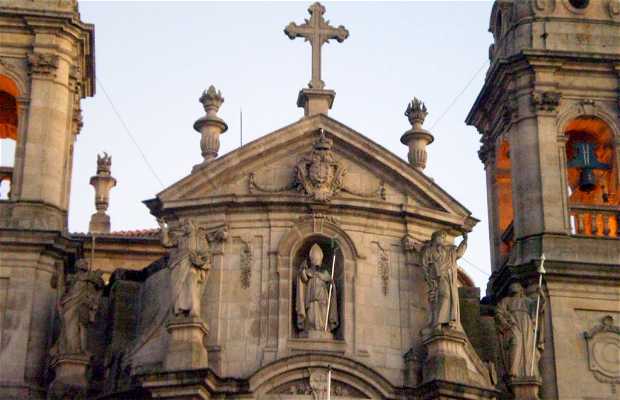 The San Marcos Hospital Church was built in the 18th century. The wings were designed by José Graça Fernandes and the stone work and sculpture were made by Carlos Amarante. Free from Rococo influence, has baroque features are visible in the projection of the central body of the facade, where there is a statue of St. Mark, patron of the church. There are also classical motifs that stand on the facade. The relics of the Apostle of St. Mark's body can also be found in the Church. The facade is impressive. Inside we took a quick look but we couldn´t see it too well because there was a mass.