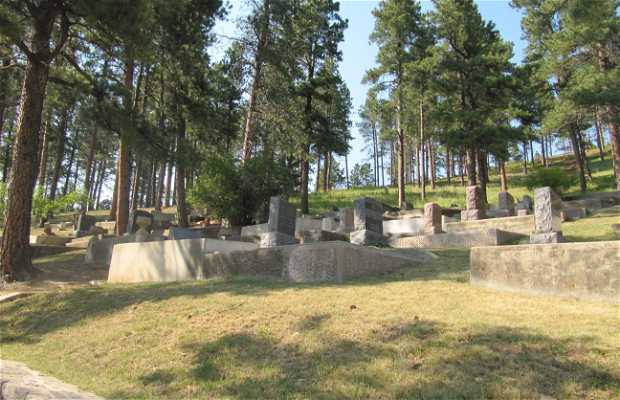 9 photos of Tomb of Wild Bill

1 review of Tomb of Wild Bill

The famous Wild Bill is buried at Mount Moriah. His real name was actually James Butler Hickock. He was killed in the same town of Deadwood, on August 2, 1876, while playing a game of poker. He died instantly when he fell to the ground, but he held firmly to his his great hand of cards. Two aces and two eights. His fifth card is not known. This hand in poker has since been known as the dead man's hand. He was also buried on Mount Moriah, along with Calamity Jane and Potato Creek. If you want more info about this story do not miss Deadwood and the hand of the dead in my trunk blogs.

Lists and places related to Tomb of Wild Bill

Information about Tomb of Wild Bill