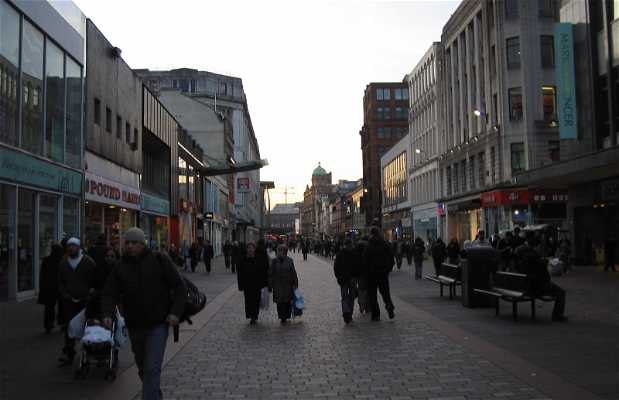 Trongate is located in the heart of the most commercial area of ​​Glasgow. In the era of large businesses and industries of the British Empire, Glasgow was called the "Merchant City" in reference to its traffic of goods. Subsequently, the center was overlooked but after a few years, some restoration work began and there was a radical change. The old abandoned road was converted into a modern fashion district. The "Merchant City," which sold spices and tobacco, was the second most important city of the empire, and people came from far away to exchange goods. The Bank of Scotland was strong and powerful.

Excellent
Like
Pepa Ramirez Cobo
Excellent
See original
Like
Have you been here?
Add your opinion and photos and help other travelers discover