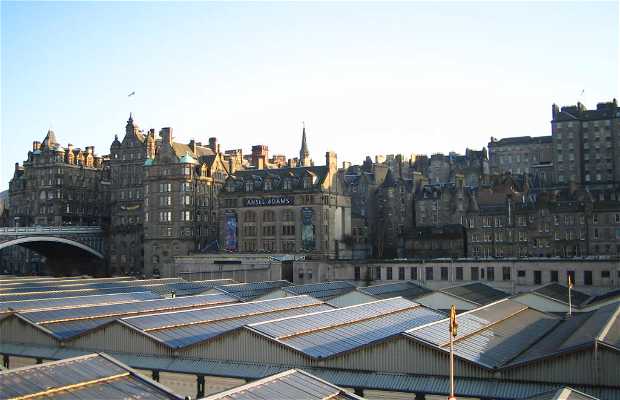 Waverley Station is the main railway station in Edinburgh, the Scottish capital. It's in the city center, between the old town and the new town, and occupies 100,000 square meters, which makes it the 2nd largest station in the UK (after London Waterloo). Glasgow station carries more people, but it's smaller. Waverley is under the bridge from North Bridge, just off Princes street, and you can see the glass roof from the medieval city or the bridges. Before it was a lake of pure water, the Nor Loch, but it was drained in the nineteenth century to build the station. If you take the train from Waverley Station you can reach St Pancras, which is one of the stations in north of London, or go north to Perth, Dundee and Aberdeen.

Located in the city center of the Scottish capital Edinburgh, below the two hills that surround the city, the Waverley rail station is a short distance from the city's attractions! Served by National Rail, it is the second largest train station in the UK, with over 19 million passengers passing through it each year.