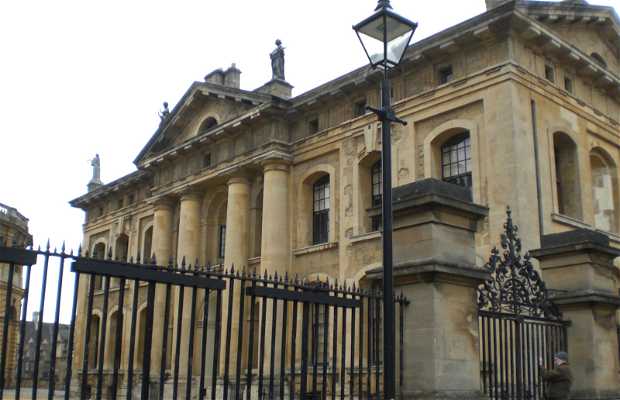 The Sheldonian theater is one of the most iconic landmarks of Oxford. It was built 1664-1668 to a design by Christopher Wren under an order from the University of Oxford, and it's named after Gilbert Sheldon the dean of the University at the time. It's a round structure on Broad Street. Around are characters whose amazing faces appear in many postcards of Oxford. Inside there's an octagonal dome which can be reached as there are some seats upstairs. The windows offer a beautiful view over the city. The ceiling frescoes were renovated recently and are beautiful. There are 32 paintings commissioned by King Charles II that deserve a look too.

Check out the façade at the interior patio and guess the different styles of the columns. Hint: sorted by age.