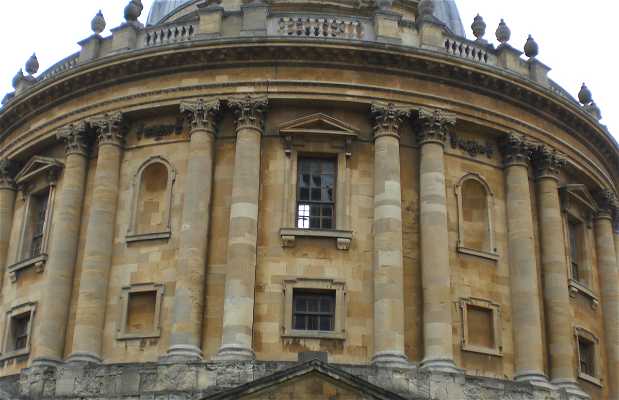 The Radcliffe Camera is one of the most beautiful buildings in the old center of Oxford. Colloquially, students call it Radders, or Rad Cam. The building was designed by James Gibbs and built in the mid 18th century. It's English Palladian style. John Radcliffe, whom the building is named after, was a scientist in King William III's Court. He wanted to build a library for students, but he wasn't able to before his death. Initially it was thought that there would be an extension to the Bodleian Library, which is next door. But finally came this beautiful building came around. Only the college students can go inside.

You cannot get in it though

Oxford’s icon. It’s a must see specially when sunny.

This is one of Oxford symbols. Highly recommend Oxford and it's pubs too!