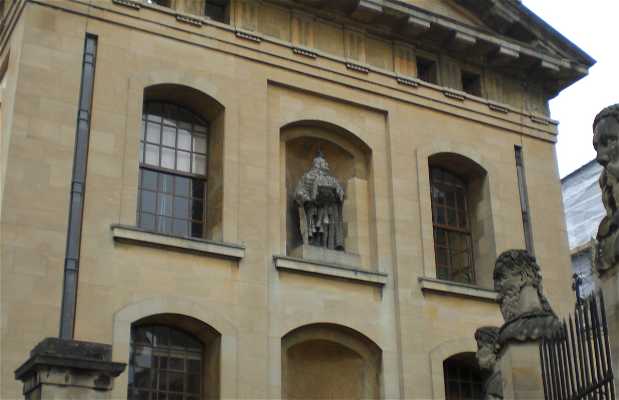 The Clarendon Building is a historic monument in the center of Oxford on Broad Street, one of the most beautiful streets of the city. It's owned by the University of Oxford and was constructed in 1711 to house the university press. Before this, the presses were in the basement of the Sheldonian Theatre, to the right when you look at the front of the Clarendon. It's behind the Bodleian Library, the great library of the city, one of the most famous in the world. At the beginning of the nineteenth century the press team left and it became a university administrative center. Now it's also used as teachers offices and for meetings.