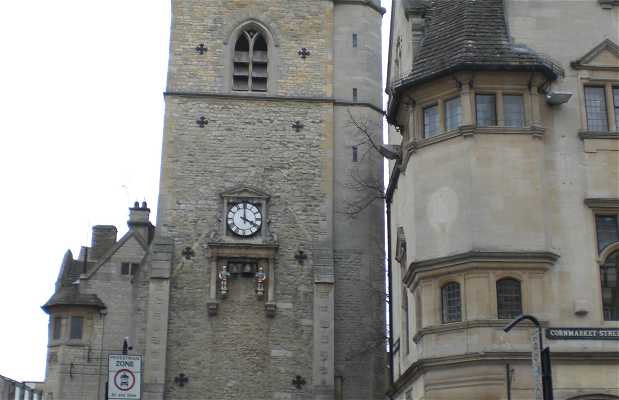 It is about 23 meters high, and features six bells

Carfax Tower is situated in the heart of the city of Oxford, at the crossing of the four main streets, Queen, Cornmarket, Aldate's and High Street. It is one of the most importnat landmarks to be found in the city, and is considered to be its center. The name is taken from Carfax Carrefour in French, meaning crossroads. The crossing tower is all that remains of the church of St Martin's, which was the the first official church to be built in the city of Oxford. Now its name has been changed to St Michael. The tower dates back to the 13th Century and now belongs to the city council. It is about 23 meters high, and features six bells.