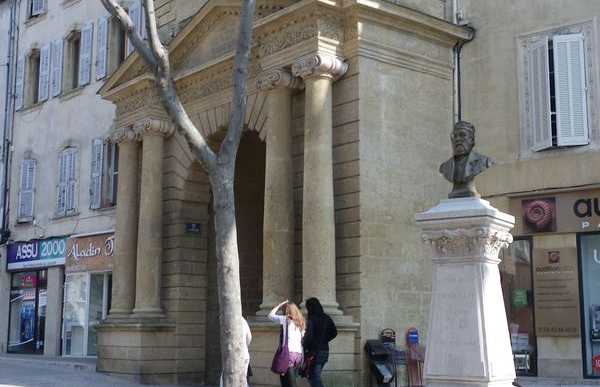 The building of the clock tower began with King Louis XIII, and ended with Louis XIV. A novel mechanism rang the bells, and also gave the position of the moon. Once it had a clock. People were able to share fairly irrigation tools and water coming through the channels. Each had the right to open the tap for so long a day. The northern part of the tower represents the stars of Cancer in a sphere which describes the movements of the moon. The southern part indicates the days of the week represented by celestial bodies, i.e., moon day Monday, Tuesday day of Mars, Mercury Wednesday, Thursday for Jupiter, Friday for Venus, Saturn Saturday and Sunday is sun day.