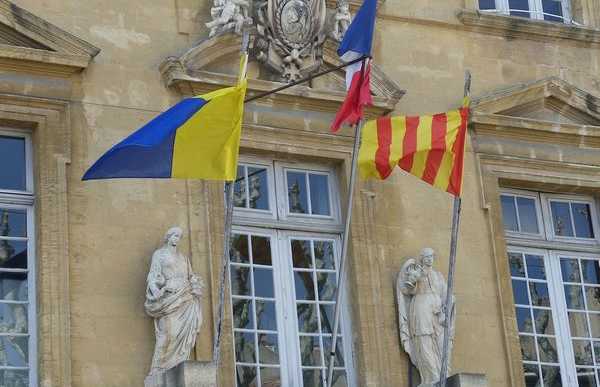 The first stone of the City Hall of Salon de Provence was blessed and laid in 1655 by the the First Consul Pol de Grignan, helped by several citizens and merchants from the region. It is said that he placed a gold coin underneath the stone. The facade is the work of master sculptor Mainville, and the interior by Arnaud. The building is built on the site of an old town house, and is located within the medieval walls. It was built, after digging away the wall to allow the new building gave way to the modern city. The statues of the facade are allegories of wisdom which have been recognized as historic