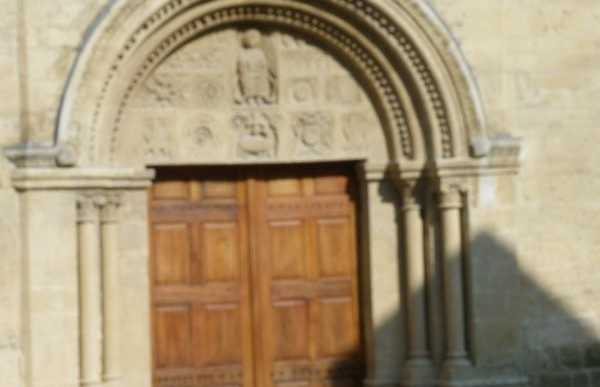 Saint Michel Church is in the historic center of Salon de Provence. It is built at the foot of the castle, and was erected in the early 13 century, in the middle of the medieval city. It looks out onto what was the central square and the junction of several major highways. The building faces east and Jerusalem. Its bell tower with arches and door are typical Provencal art. It is simple but at the same time its massive. It has an imposing silhouette in the square. The door is Provencal Gothic and is nice. Before the bell was the only town clock but when it broke, they built a non-religious bell