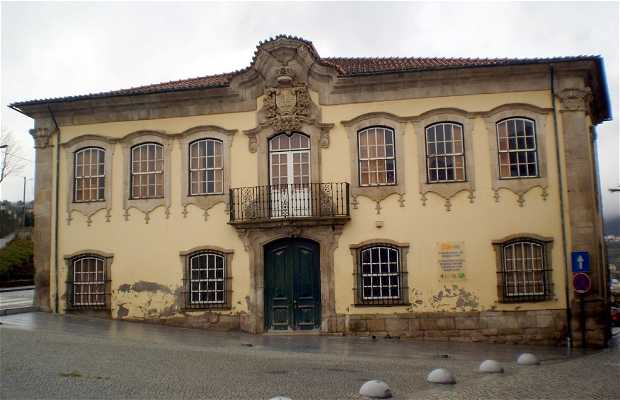 Near the Church and Convent of Santa Cruz is Casa dos Serpas - a seventeenth century palace built for Simon Pereira Soares Leitao de Carvalho, whose blazon is on the balcony on the main facade. The 2-story building has typical Portuguese Baroque style, its highlights are the granite windows recercados and the balcony on the front. It caught fire in 1979 and was left in ruins, it was then transferred to the Ministry of Justice, who restored it (keeping the façade) to house the registry and administrative offices. In front of the palace is Casa dos Vilhenas and in the center of the square João Almeida