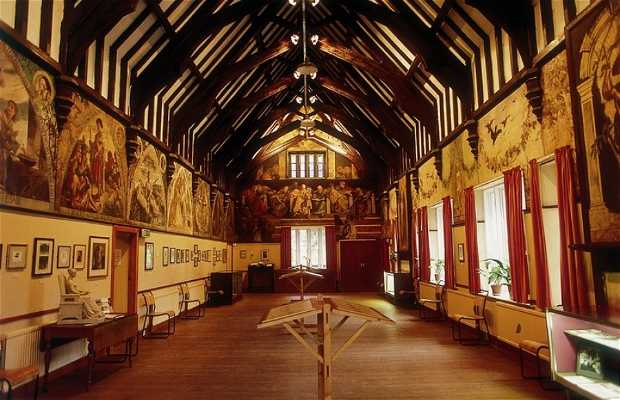 Normally, halls like this are used for conferences, celebrations, and other events organised by the residents of the community. But here in Ford, this building operates as an art gallery. Beautiful inside and out, it was opened in 1860 by Louisa Anne, Marchioness of Waterford, and it was used as the local school until 1957. Today there are some rooms that can be rented, but it is also used as a museum/gallery. Lady Waterford was associated with John Ruskin and the Pre-Raphaelite movement, and the building was decorated with biblical and mythological images to be used in classes, with village residents used as models.