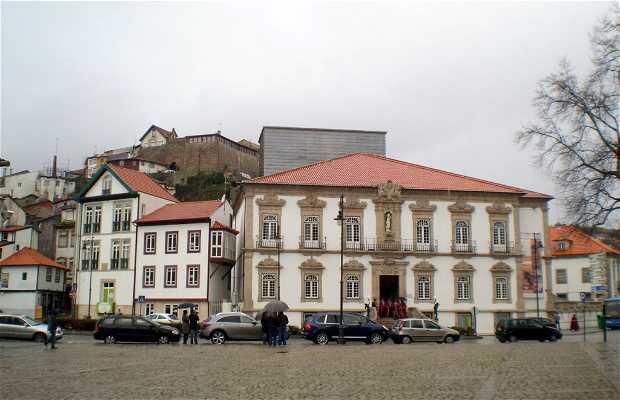 Largo da Sé is the square with the main facade of the Cathedral, where you enter into the temple. It's a not very large square, surrounded by other interesting buildings, such as Casa do Paço (XII century, but renovated in the XVIII century) and Casa dos Silveiras (or Viscondes of Guiães). Between them lies the Novo Restaurant, opposite the Teatro Conceição Ribeiro.