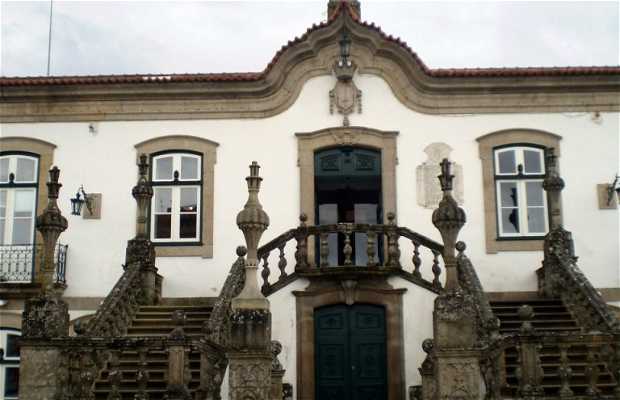 The Municipal Chamber (City Council) of Vila Real is at the south end of the city's main avenue (Avenida Carvalho Araújo), which broadens into the Praça Camilo Castelo Branco. It's late Baroque and was built (in the early nineteenth century) initially to house the Mercy Hospital. It's 2-storey, has a linear and symmetrical facade, access to the upper floor is via a double staircase and granite is the most notable element from the former convent of San Francisco (sixteenth century). On the roof there's the city's coat of arms, represented by a silver sword in its central part and a crown on the top.

Lists and places related to Municipal House of Vila Real