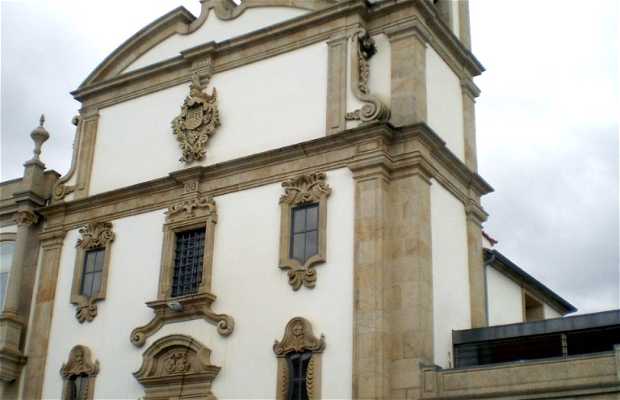 Behind the Cathedral and the Civil Government is Santa Casa de Misericordia de Vila Real. This institution was founded in the sixteenth century by the Abbot of Mouçós, D. Pedro de Castro, to assist the needy, and it still remains active thanks to the Franciscan Hospitaller Sisters of the Immaculate Conception. It's in a huge 2-storey eighteenth century building with a granite facade (remodeled in 2003) attached to the old Chapel of Mercy. The highlights are the arched gallery on the lower floor and the multiple balconies above. The central building is topped by triangular pediment with the coat of the order, carved in stone.