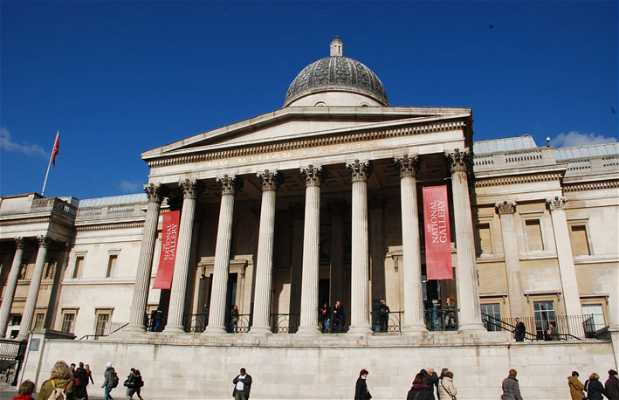 188 photos of The National Gallery

37 reviews of The National Gallery

Presiding over London's Trafalgar Square is the spectacular building of the National Gallery, one of the most important museums in the world. Michelangelo, Van Gogh, Leonardo da Vinci, Renoir, Velasquez ... are just a sample of the geniuses ve have works in this gallery. Some of the most impressive (which attract more visitors) are the world famous Van Gogh Sunflowers, The Water Lily Pond, Monet, Madonna and Child, Santa Ana and San Juanito, Leonardo , The Arnolfini Portrait by Van Eyck, The Rokeby Venus by Velázquez ... There are about 2000 Western European paintings. Admission is free, like all public museums in London, but if you want access to often exceptional temporary exhibitions, you have to pay.

Lists and places related to The National Gallery

Information about The National Gallery