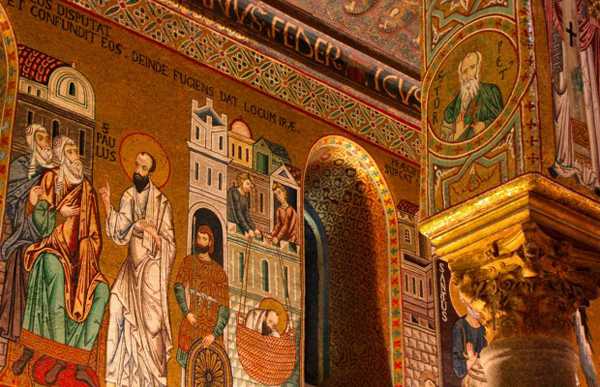 The Palatine Chapel is in the Palazzo dei Normandi, which is the current home of the Sicilian Parliament. This chapel was ordered to be built by King Roger II between 1132 and 1143. The construction was carried out by Greek craftsmen, Normans and Arabs in order for all religions Sicily had at the time to be represented. It is an authentic treasure not to be missed, especially after its reconstruction in 2009. The entrance to the Palazzo dei Normandi palace as well as the chapel costs 10 € on a guided tour in Italian only.