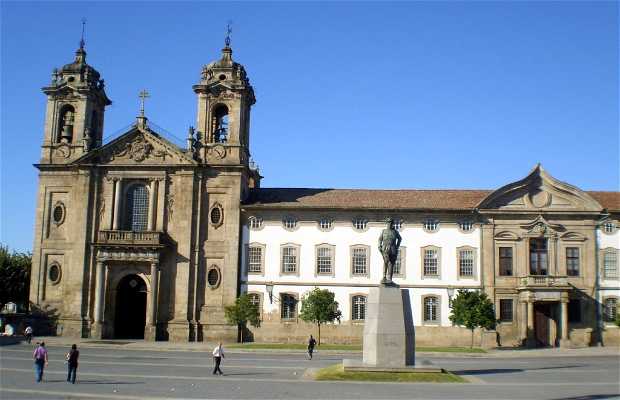 The Pópulo Convent is attached to the church of the same name, in the Praça Conde de Agrolongo. Construction (of the convent and church) began in the sixteenth century, but underwent several changes over the centuries. Since 1834, with the extinction of the religious orders, it became the property of the City Council and was the seat of the Infantry, now it houses various municipal offices. The most significant features inside are large panels of tiles (XVIII century) especially the grand staircase, it can be visited free of charge with prior agreement with the House. Religious and naturalistic

Pópulo´s Church is in Plaza Conde de A...

Pópulo´s Church is in Plaza Conde de Agrolongo. It was started to built in 1562 by the order of archbishop Frei de Jesús, and which construction was paid by Carlos Amarante. The architect respected the Mannerist inside structure and Baroque of the facade, especially in the domes of the towers, but began to enter the neoclassical style. The interior impresses a lot, especially for being your walls completely covered in tiles.