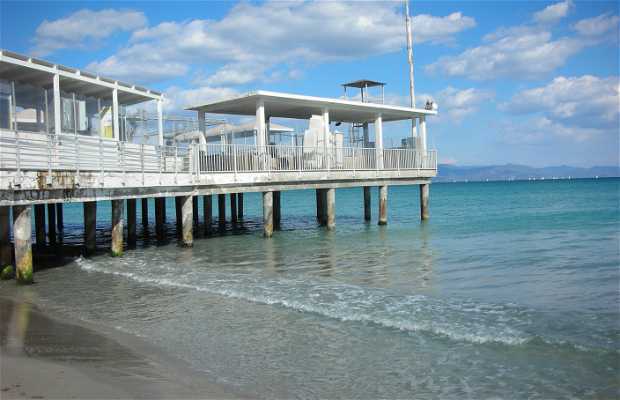 If you visit Cagliari without a car and want to go to the beach, you have no choice but to resort to the bus. Go to the Via Roma where the buses pass by the middle of the street. You have to catch one going in the opposite direction as the bus station. There will be a sign at the front of the bus saying PQ, PJ or PM/N (I don't remember if it was M or N). The trip is about 15 minutes. After leaving the city, the bus passes in front of a kind of camp site (the rest of the trip will be straight ahead), then you get off 1 or 2 stops later. There's a beachy background. It's not one of the best beaches on the island or anything, but I enjoyed it.

To get around Sardinia, I recommend renting a car so you can explore the island and visit beaches such as Poetto. I went in March and I did not think when I dove headfirst into the water and it was a little cold but having the beach to yourself alone or with your partner is a luxury :) There was very clean water, fine sand, but it was full of shells, so don´t forget to look down towards the ground before you take a step!