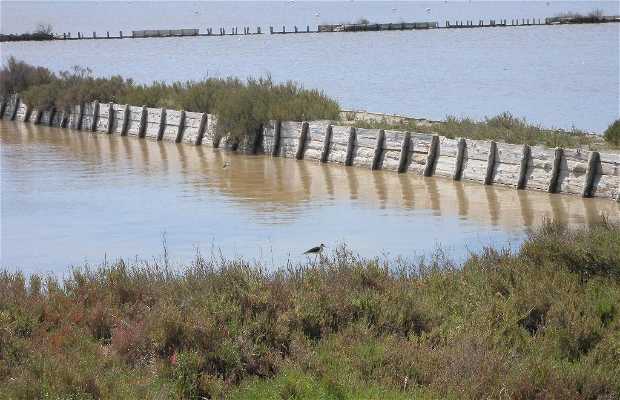 What makes this marsh so unique is that it’s so close to the city of Cagliari that you can practically see the city reflected in the waters. The wetlands are free and open to the public and you can see a variety of water birds that gather there particularly in the fall and spring migratory seasons.

From the Monte Urpino viewpoint, you can see the entire wetlands but it’s best to go with binoculars or telescopes. It’s also a great place to see nesting colonies of flamingos which flock there in massive numbers to mate. In fact, in May it seems like the whole area is covered in a pink cloud.

Home of the flamingoes

The Molentargius Saline Regional Park is a large wetlands near the busy city of Cagliari. Despite their crowded and noisy surroundings, the wetlands themselves are a quiet and peaceful sanctuary for pink flamingoes which flock from around the Mediterranean to mate in the wetlands. At the end of April and beginning of May, the wetlands seem to be overtaken by a pink swarm of flamingoes and their hatchlings. It’s a unique event, no less so for occurring in such a densely-populated area.

You can see the spectacle from the viewpoint of the Parco di Monte Urpino or with one of the guides at the Molentargius Saline Regional Park (the whole area of which was once used for the production of salt).