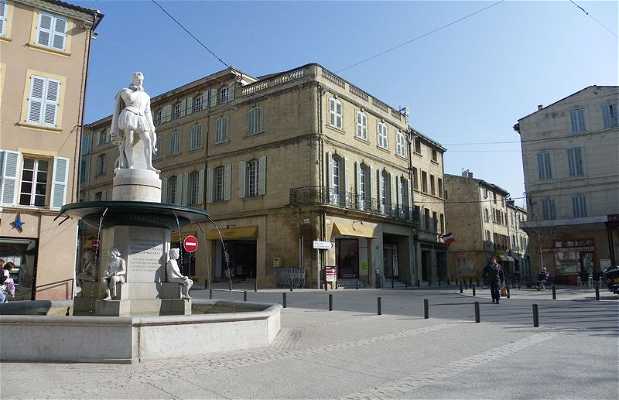 3 photos of Fountain of Craponne

1 review of Fountain of Craponne

The fountain representing Adam de Craponne is in front of the city hall in a beautiful semi pedestrian square. It replaces a fountain of 1760, and opened in 1854. It is a tribute to Adam de Craponne, an engineer who lived in the sixteenth century, and made a canal that allowed irrrigation in the entire region. The 22 municipalities represented in the fountain involved in the construction thereof. There are two texts, which maintain four geniuses. One is in Provencal, and says that thanks to Craponne, the City of Salon deProvence which was dying of thirst could have access to water. Then there is another poem that says the same in Latin.

Lists and places related to Fountain of Craponne

Information about Fountain of Craponne