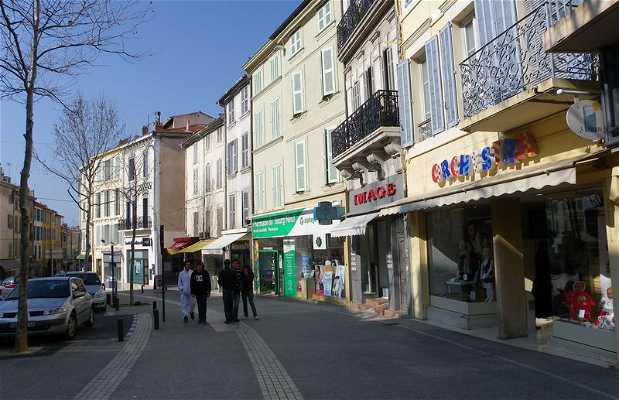 The medieval town of Hall is organized around two "Corsos", Victor Hugo and Carnot, and is quite small compared to the center of Aix en Provence. The tourist office, which is on the Cours Victor Hugo. There are various points of interest. These include Bourg Neuf tower and the clock tower, which formed part of the defensive enclosure and the ancient city walls. In the middle of the old walled town you have Empéri l'Castle, which you should visit. It's worth it. You can explore other streets on foot. Most are pedestrian, with shops, bars and restaurants. In summer it gets crowded, but until the

Like
Stephanie Astic
Excellent
See original
Like
Have you been here?
Add your opinion and photos and help other travelers discover