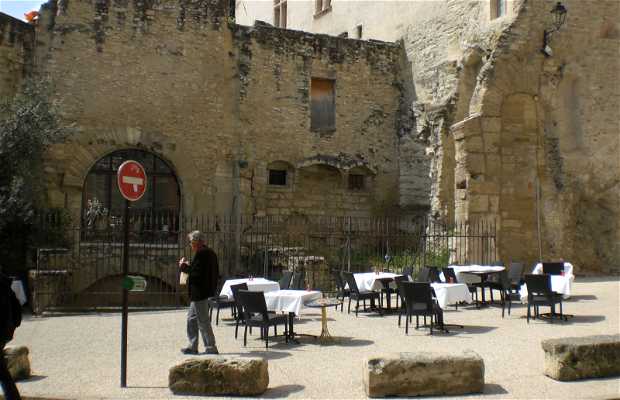 Hotel de Vervins is known in France as a "private hotel" and was a residence of the great bourgeois in the sixteenth century. Such buildings generally have family shields at the door (or on the facade). The building is now a hotel that welcomes guests but was for centuries a private residence. It's called Hotel de la Mirande and is in the plaza of the same name. It was commissioned by Pierre de Vervins, hence its name, and was designed by the famous architect Pierre Migrant in 1687. It has a very special facade and the windows of the 1st floor have medallions with palms and a head of Apollo.