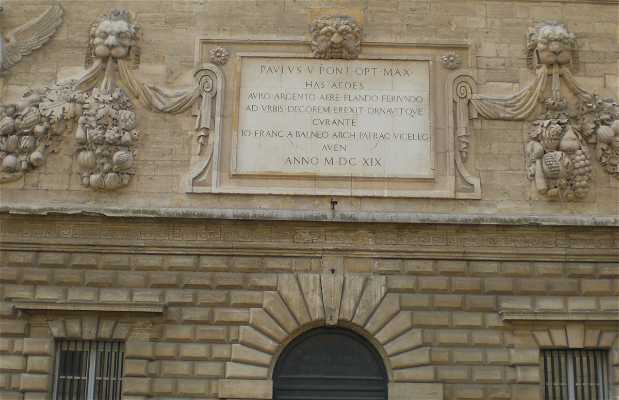 Opposite the Palace of the Popes

The Hotel Des Monnaies is opposite the Palace of the Popes, in Palace Square. It's a perfect example of Italian Baroque architecture and is one of the most beautiful facades of the city. Construction began in 1619 with a decree by Bagni, but we don't know the artist who was responsible for the work. It is loaded with details and characters from mythology that contrast with the severe facade of the Palace of the Popes. It bears the arms of the Borghese family, as the Cardinal Paul V Borghese lived there. Today this place is occupied by the conservatory of music and during the city's festival of