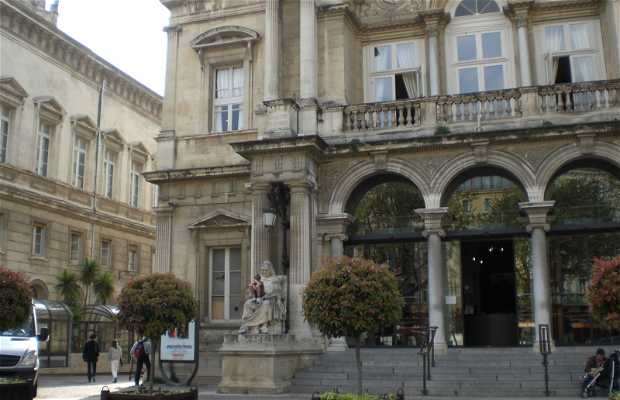 The theater dates back to the nineteenth century, and is in the clock square, right next to the city council. The city decided to build a new theater on the site of the convent of the nuns of San Lorenzo. Finished in 1825 and with a facade of Greek-Roman style columns and statues, the building was damaged by fire in 1846. It was then rebuilt, by architects and Feucheres Charpentier. The inauguration was done with the work of William Tell in 1847. The front has an elegant arch, which is well integrated into the clock square. At the entrance, there are two sculptures of the great masters of French