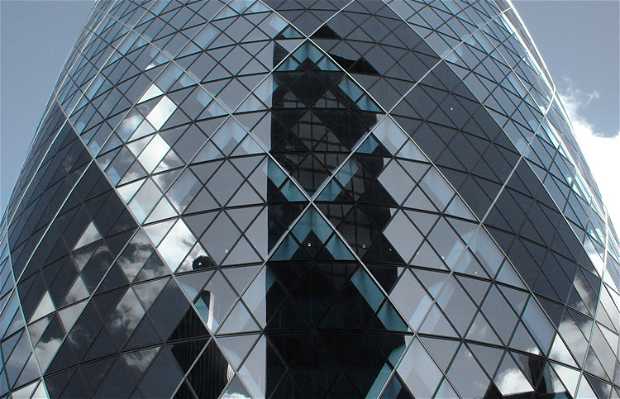 The Guerkin tower, as it is popularly known for obvious reasons, is officially called 30 St Mary Axe and is located in the City of London's financial district. It is a spectacular building, both day and night when it is illuminated. Many people compare it to the Agbar Tower in Barcelona for its similarity. You can see it like this from all over the city. It was designed by British architect Norman Foster. It is 180 meters high and opened its doors in 2004. Its interior can be visited only once a year in September: Www.Openhouse.Org.Uk).