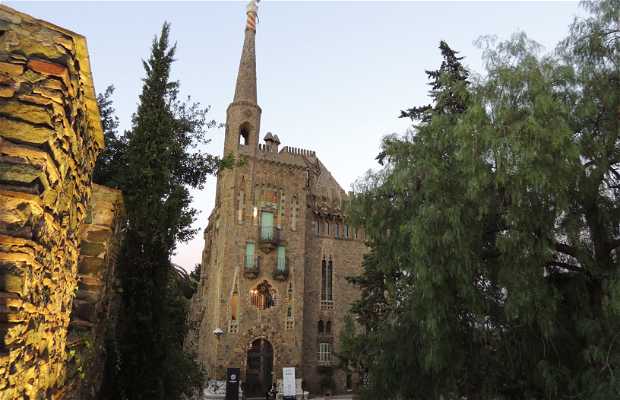 Although its private and doesn't allow visitors, it's worth heading to the North of Barcelona to take a look at another of Gaudi's relatively unknown works.

Just seeing the Bellesguard tower, also known as Casa Figueras, is worth the walk to the outskirts of Collserolla ;-) Gaudi carried out an interesting work where there was once an ancient medieval palace where a blue tile cross sticks out from the tower. It was created using the colors of the Catalan flag in honor of the areas regalness. The tower raises up from Martí l'Humà's (the last king of Aragon) castle, which he adopted as his summer residence in 1410.