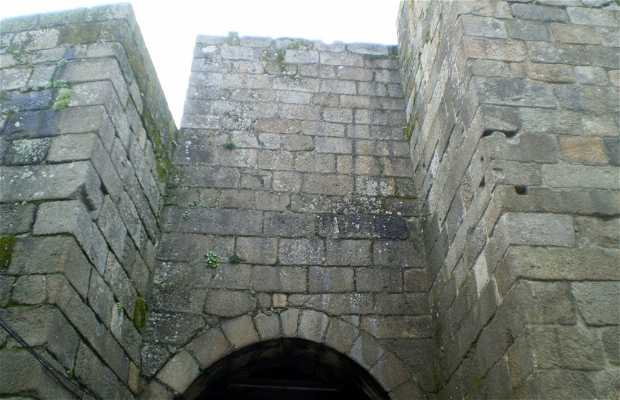 La Porta da Vila is one of the gates in the wall which gave access to the Citadel (north side). Like the rest of the city walls it's masonry from the XIII century and consists of a semicircular arch flanked by 2 sturdy towers. It's also called Porta dos Figos, do Aguião, or dos Fogos. Next to it is Casa da Torre. On the south side there was another gate, Porta do Sol.