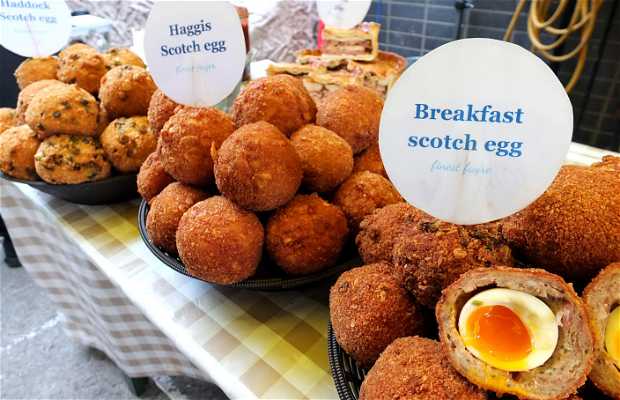 The Maltby Street Market (also known as the Ropewalk) is one of London’s newer street markets located in a quiet area along the train tracks about a 15-minute walk from the Tower of London. Maltby Street runs along an elevated railway built on a sort of raised platform supported by large arches traditionally used for storage or as trade shops. Today, the space beneath these arches is home to pop-up eateries, craft providers, and street food vendors hawking everything from gourmet Scotch eggs to craft beer (and even craft mead!) and cured Spanish ham. It’s not the biggest food market in London by a long shot, but it’s also not the most crowded and the recycled railway arches give it a really cool DIY feel.