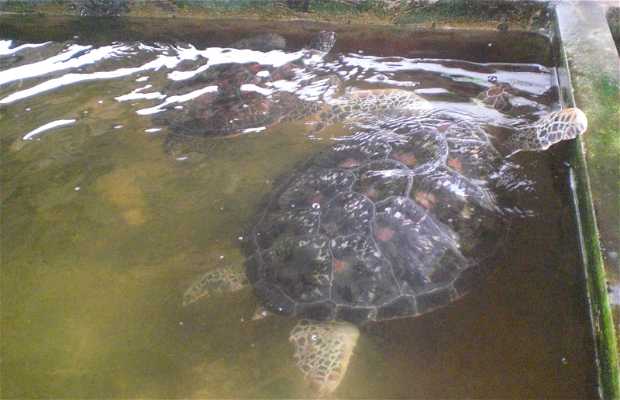 The Kosgoda Sea Turtle Hatchery is located in the small village of Kosgoda a short drive away from the beautiful colonial city of Galle. The hatchery is a conservation project by local villagers to increase hatching rates among wild sea turtles and to care for and rehabilitate injured sea turtles at otherwise couldn't survive in the wild. Sea turtles lay their eggs right on the beach, but due to a host of natural and man-made factors, many of the hatchlings don’t make it back to the ocean and the local sea turtle population has been in decline for years.

At the Kosgoda Sea Turtle Hatchery, the caretakers collect eggs laid on the beach, hatch the turtles in captivity, and care for them until they are strong enough to be released back onto the beach. In fact, you yourself can participate in a baby turtle release if you go the hatchery in the evenings. When we went, we had to make a small donation at the door and then one of the caretakers gave us a tour of the facilities. They have several tanks where they raise the baby sea turtles before being released and several other tanks where they keep the injured turtles.