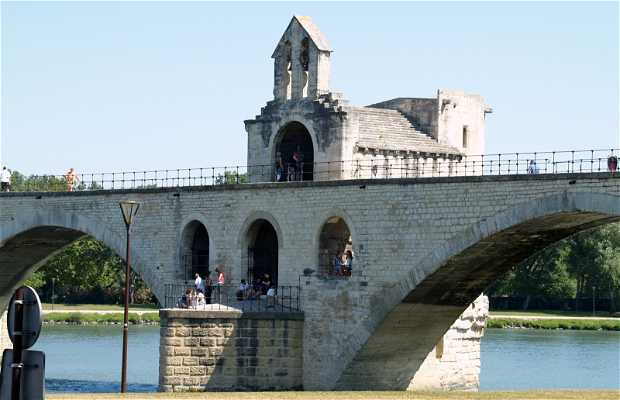 The Saint Benezet bridge, also simply known as Avignon Bridge, is an emblem of the city, along with the Palace of Popes. The bridge was built to join the city with the palace, with Villenueve les Avignon with the other side of the Rhone river. The Popes built their fortified residence on the other side of the river and they needed easy access to the palace.
The construction was inspired by Saint Benezet, a shepherd, who according to legend, was guided by angels to build it. Now there's only a piece of the bridge because the river washed it away. You can visit it, there are several chapels nearby. The Cardinals prayed to be able to pass through there. There was also an entry fee of 4 euros.